What is Weapon Evolution?

Weapon Evolution is an extension to Facepunch’s Rust which allows players to evolve or mature their weapons as they get used where each weapon, after a certain amount of kills, mutates into a more powerful version.

How does Weapon Evolution Work?

If you pick up or craft a weapon, that weapon will have the default damage multiplier. It will do 100% damage. As you use it to kill NPCs, animals, or players, you start to rack up kills and those kills go towards the upgrades that weapons can receive.

For instance, after 10 kills, your default Assault Rifle turns into the Blue Moray version which gives you 125% damage. After 20 more kills, you’ll get the War Story version which is 150% damage, and finally, after another 30 kills, your weapon upgrades to the Panda Bear variant which is a massive 200% damage.

All projectile and most melee weapons, whether a bow, nailgun, long sword, or SMG, will work the same way, but also explosives such as Satchel Charges and F1 Grenades. There are 3 levels to each weapon with a max damage multiplier of 200%.

Also consider, weapons such as the Blue Moray or War Story version may be discovered out in the world as well.

As you earn kills with a weapon, you’ll receive messages with each kill advising you how many more kills you need to reach the next level.

Once you reach the next level, you’ll be notified about the evolution of your weapon and what it evolved to.

Here is the default Assault Rifle. 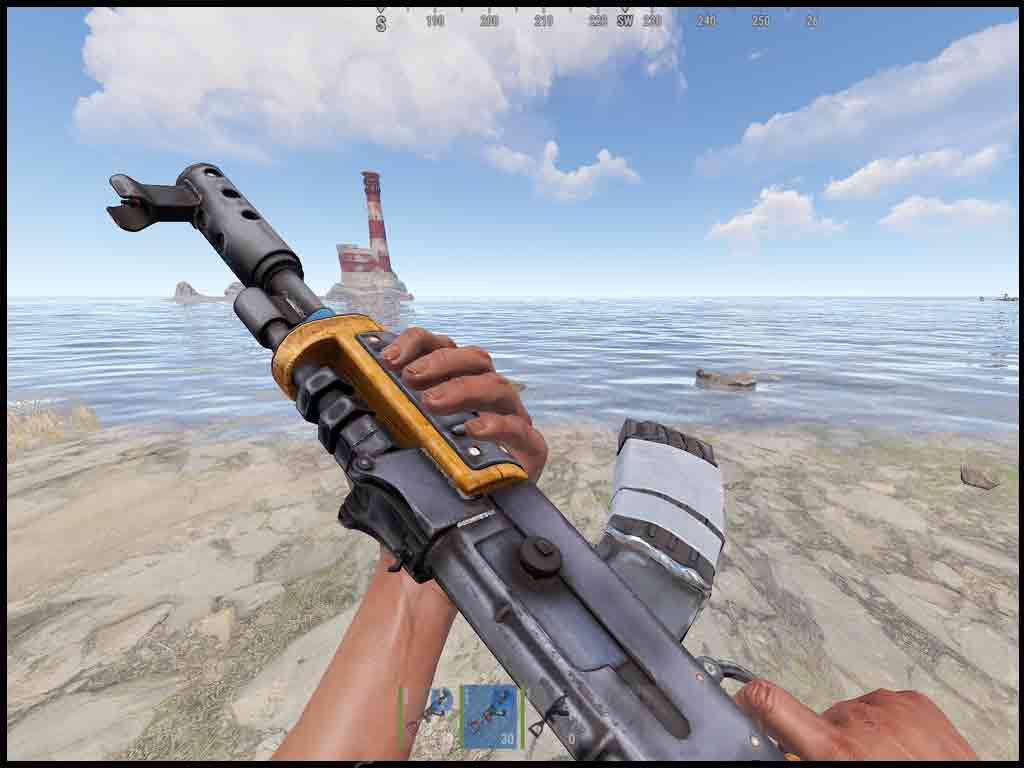 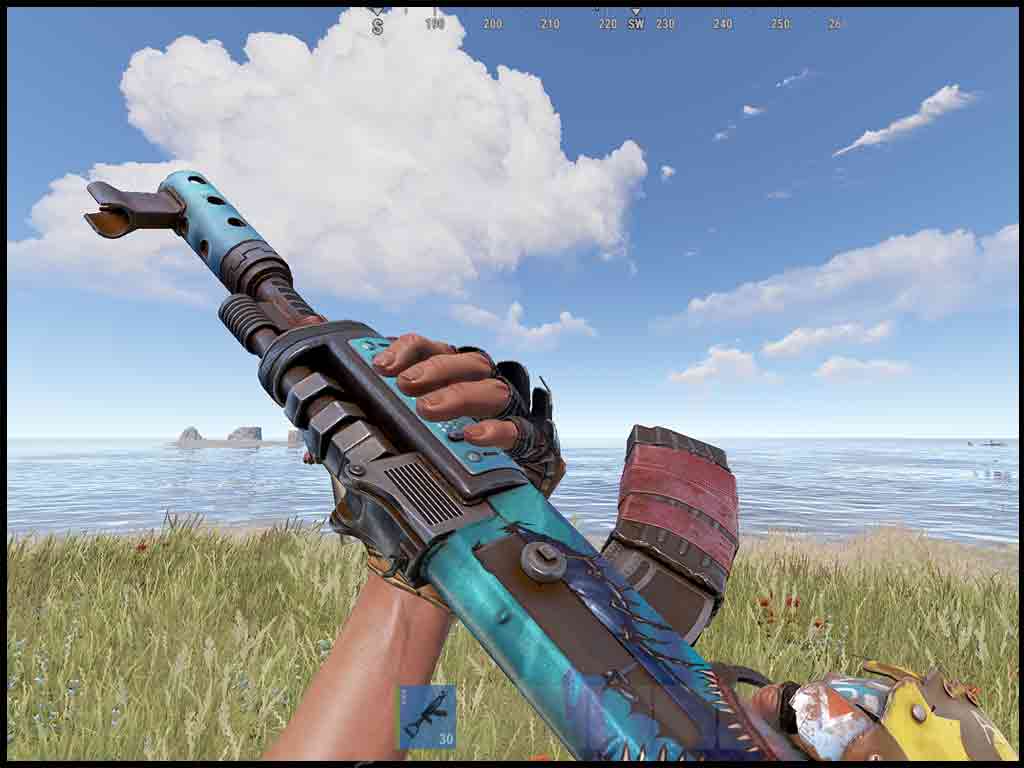 Super Skins are what gives your weapon its power. There are roughly 90 or more different Super Skins for weapons. If the weapon in question supports skins, it will most likely have more powerful variants.

Super Skins apply to more than just weapons. You’ll find them on tools to increase gather rates, clothing to provide dodging abilities against damage, and lastly weapons. You can also collect different sets of clothing to give special boosts with Super Skin Combos. Find more information about Super Skins here.

It’s typically more challenging to find high-grade Super Skin weapon variants out in the world. However, you can upgrade any weapon once you have any version of it. Over time, it won’t take long to have the most powerful variant of any weapon.

Consider offing that chicken even if you don’t need to. It helps evolve your weapons.

Always bring an evolved weapon to a fight. If your opponent has a default weapon and you’ve evolved yours to the 200% variant, it will make a massive difference. Even if you’re a poor shot, mathematically it means you can miss every other shot and still hang with someone who hits every time.

If you’re unsure of the weapon variant you have, you can do either one of the following: 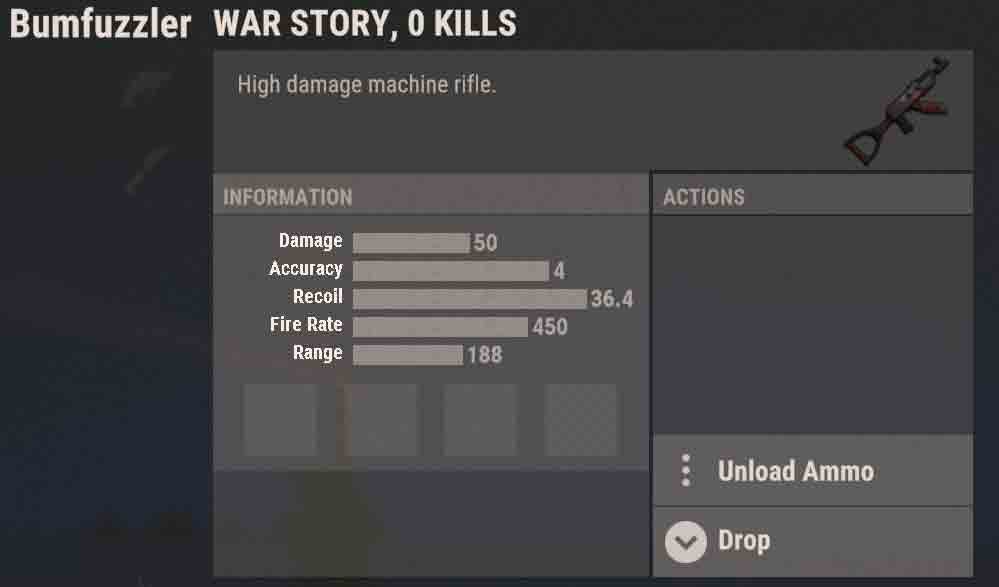