With the impending Early Access exodus upon us, it appears the Facepunch crew is trying to tie some loose ends for you Bumfuzzlers! We’ve got various tips, AI changes and more so read on!

It appears the NPCs got a kick in the pants this week as “they will charge less, hug cover more and sidestep in/out from it.” Facepunch goes on to say “They will know the difference between advancing, flanking and retreating to cover, and when they retreat they will turn and sprint. They will also know when their cover has been compromised. They’ll stop to shoot, rather than run-and-gun with perfect aim.” Sounds to me like they’re getting much smarter so watch out out there! Especially with the Boss of Hearts! 🙂

Finally we will be able to see our clothing in the first person view and in admires. This definitely will add more realism to the game and make it feel more complete. Check out the picture below to see what I mean. That’s going to look great with all the Skin Perks!

They’re adding two more variations of the water wells. I really like the look of them. They add a lot to the game. 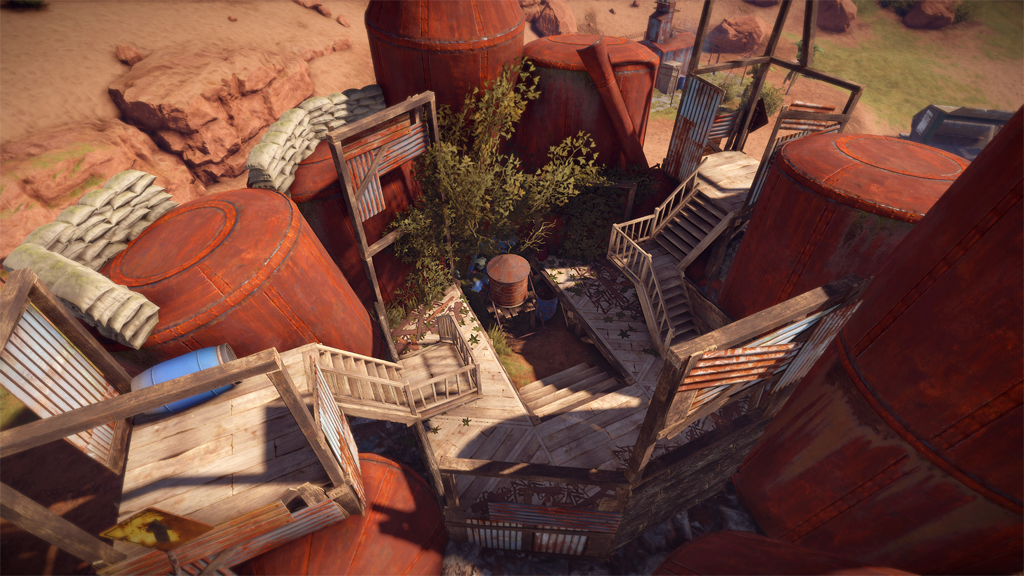 Looks like you can now admire your geetar while you play your magical tunes for the other players on the server!

There’s a bunch of other changes and fixes abound as you can see by the list down below. As usual I’ve highlight my favorites.