Hey Bumfuzzlers! Got some news for ya! We’ve got an extension of raid block, generator rarity changes, a respawn cooldown fix, night & resource changes, rarity reductions for everything base defense, SAM stuff joins the loot, changes in riding animals, gather rates see a slight modification, thoughts on banning players, and Thursday’s wipe comes as a new patch drops with all sorts of goodies! Read on!

If you’ve raided anyone lately, you know you’re going to be automatically be blocked from using certain abilities like teleporting, trading, crafting, etc. for a certain amount of time. This only related to raiding. 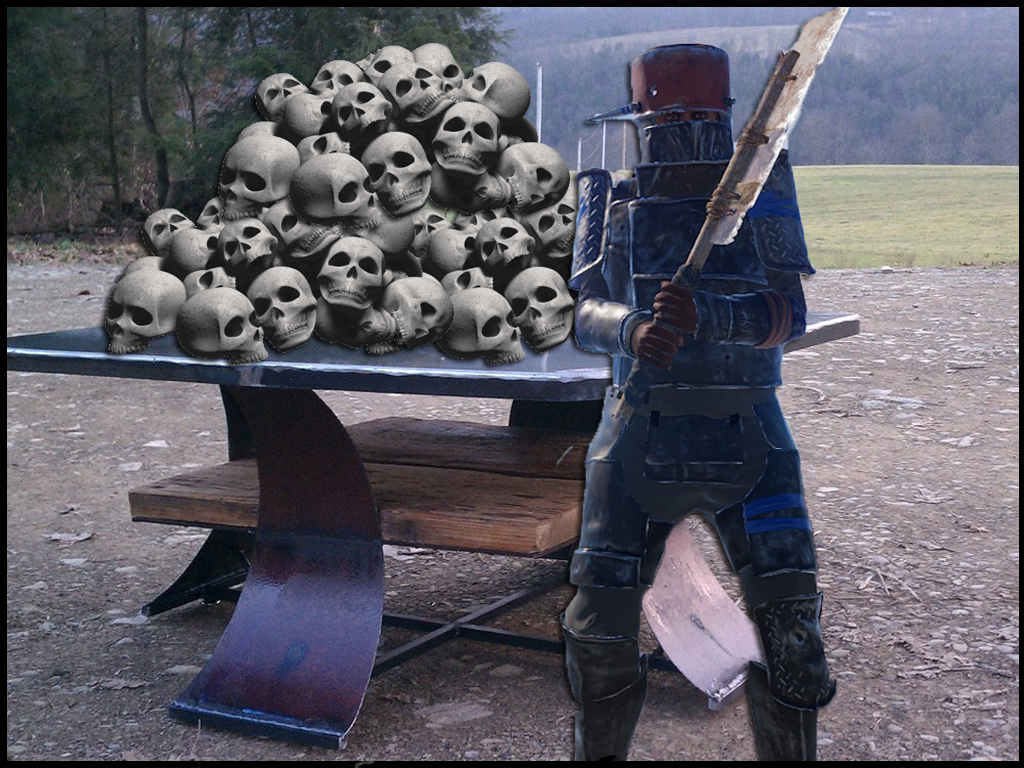 Now, I’m extending this idea to PVP. This means if you are damaged by any of the following situations, you’ll be blocked for a few minutes:

Be careful about those gunfights! It’ll be far more dangerous now to take damage. You won’t be able to get away so easily!

If you have something good to say about the server, please feel free! 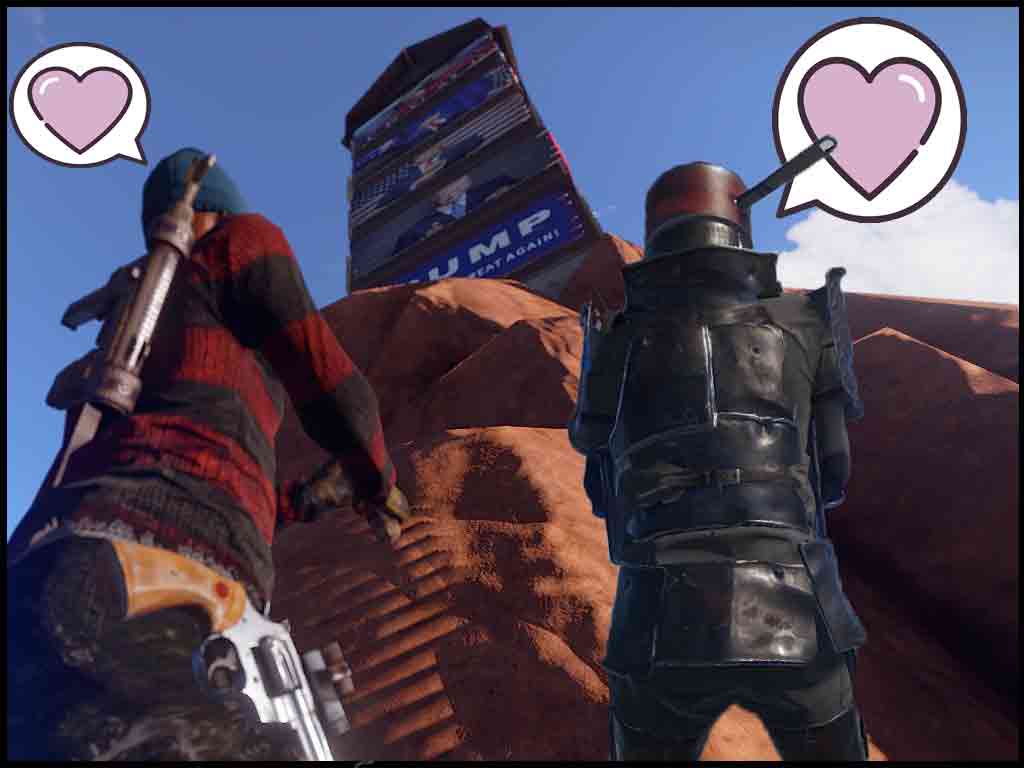 I’ve been working on the website and I could always use nice words from players! You can see I’ve done quite a bit of work on the Testimonials page and some of you may have already been immortalized there, but I’ll probably be adding quotes on other pages as I go.

Now with the new fuel-based generator coming to the game this wipe, I’m going to make the electric generator rarer. After all, it gives you unlimited electricity so it’s a big deal. 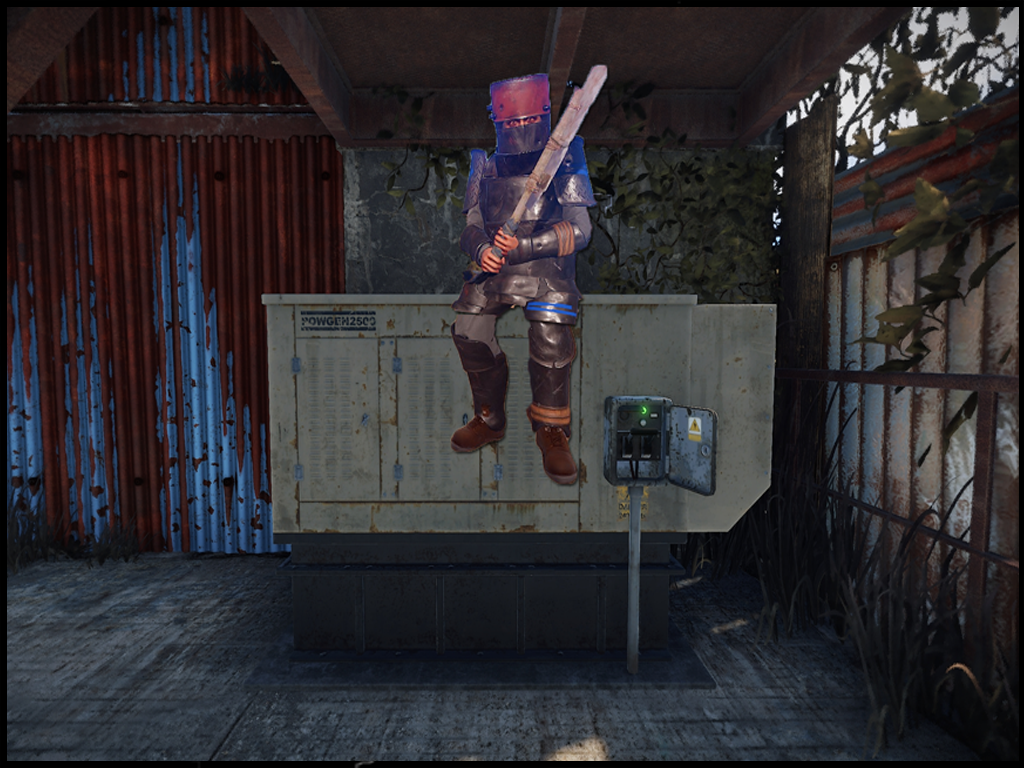 I’ve raised it to the highest rarity.

Don’t forget, you can get it as part of the Electricity Package in the store if you’d like to support the server and get goodies at the same time!

Once a player reaches Level 26 (/loyalty), they no longer have to wait to respawn because the cooldowns are removed. 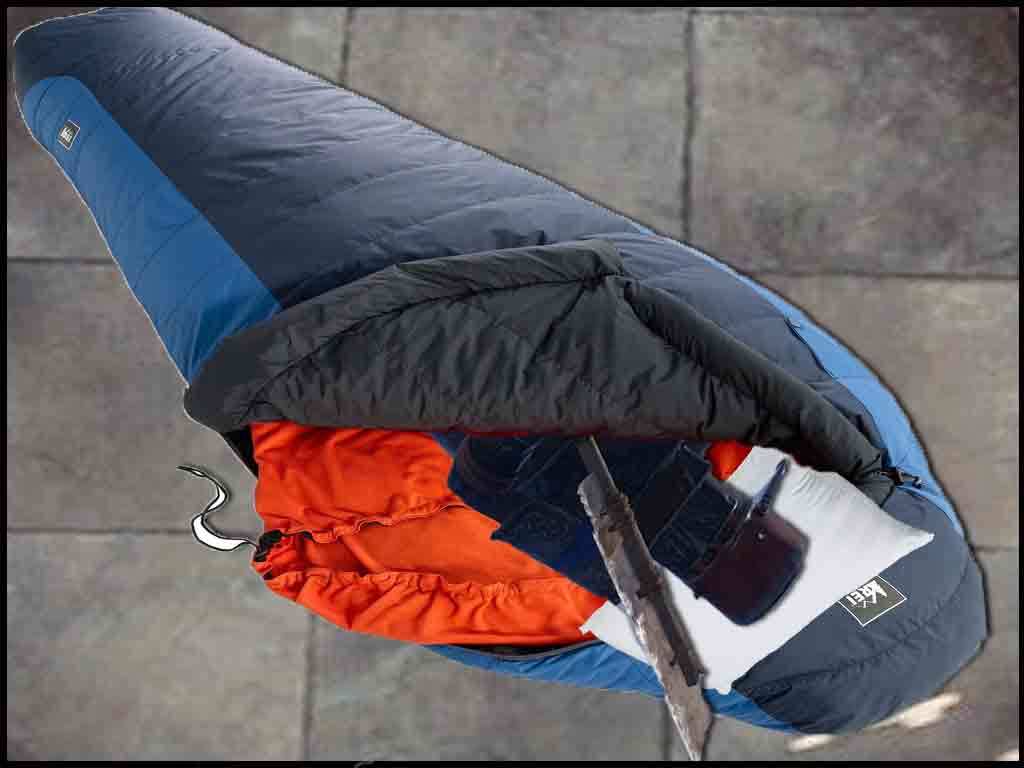 Thanks to AxelsAntagonist for the feedback.

Between Z levels and Night Bonuses and the new Excavator, Sulfur has been plentiful. So I’ve decided to make some changes. 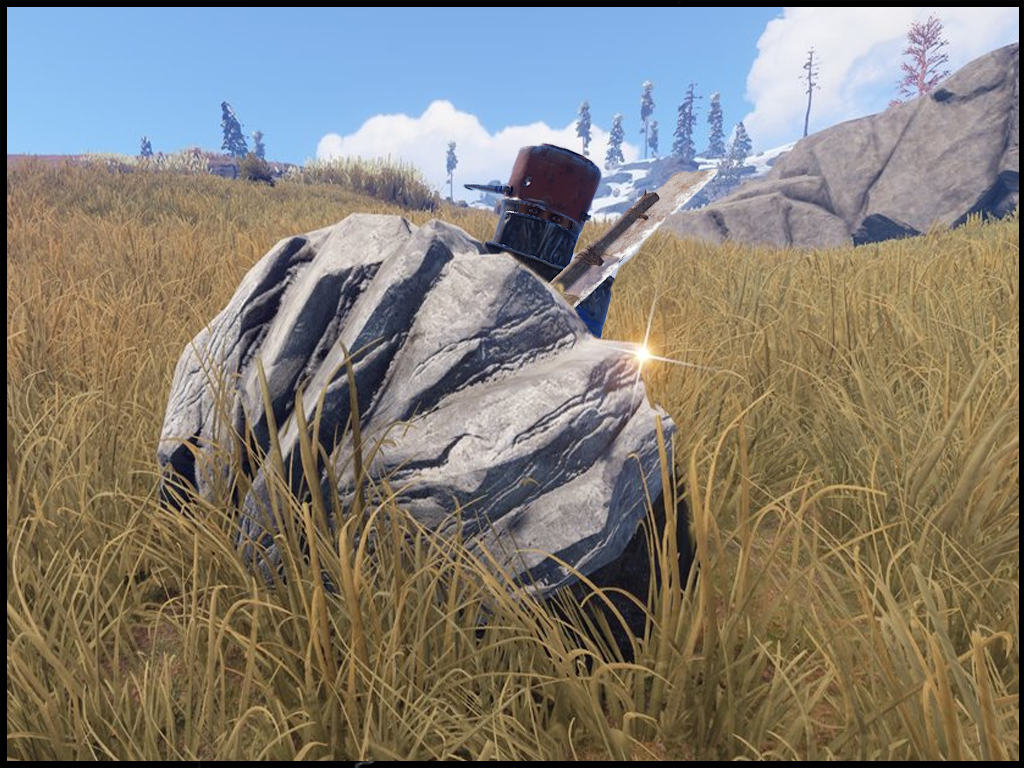 Now, the sulfur ore nodes are reduced by 25%. You’ll still get the same amount from them, but they’ll be slightly harder to find.
I’ll continue to monitor the quantifies of sulfur and see if more reduction is needed, but please let me know what you find. I’m trying to find that balance.

Given some of the changes upcoming, like auto-turrets requiring electricity, I think it’s time we made a few changes to give base owners a better chance at defending. As is, raiders already have the edge and FacePunch just keep balancing the game like they’re drunk. 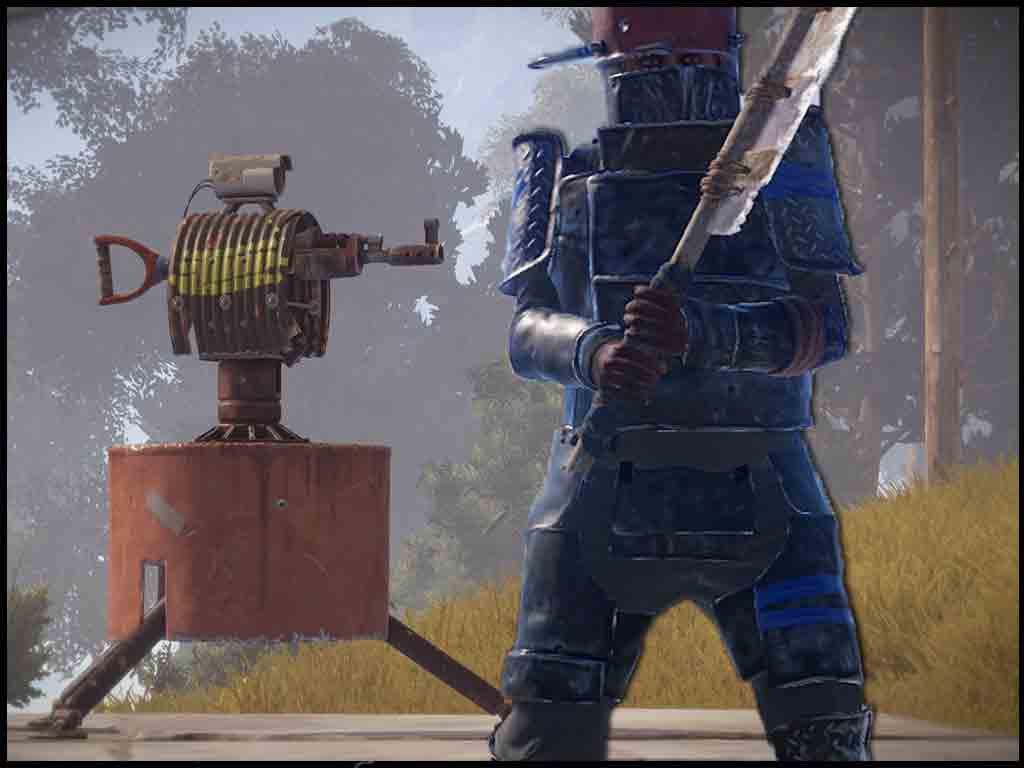 I’m changing up the rarity of different base defense systems like flame turrets, auto-turrets and so on. This should help out base defenses a bit and make it slightly harder for raiders.

I’m expecting I may modify some of these rarities after this next wipe, but let’s see how it goes. Give me feedback.

A potential situation was brought to my attention about riding animals so I’ve disabled this for now. This doesn’t include horses. 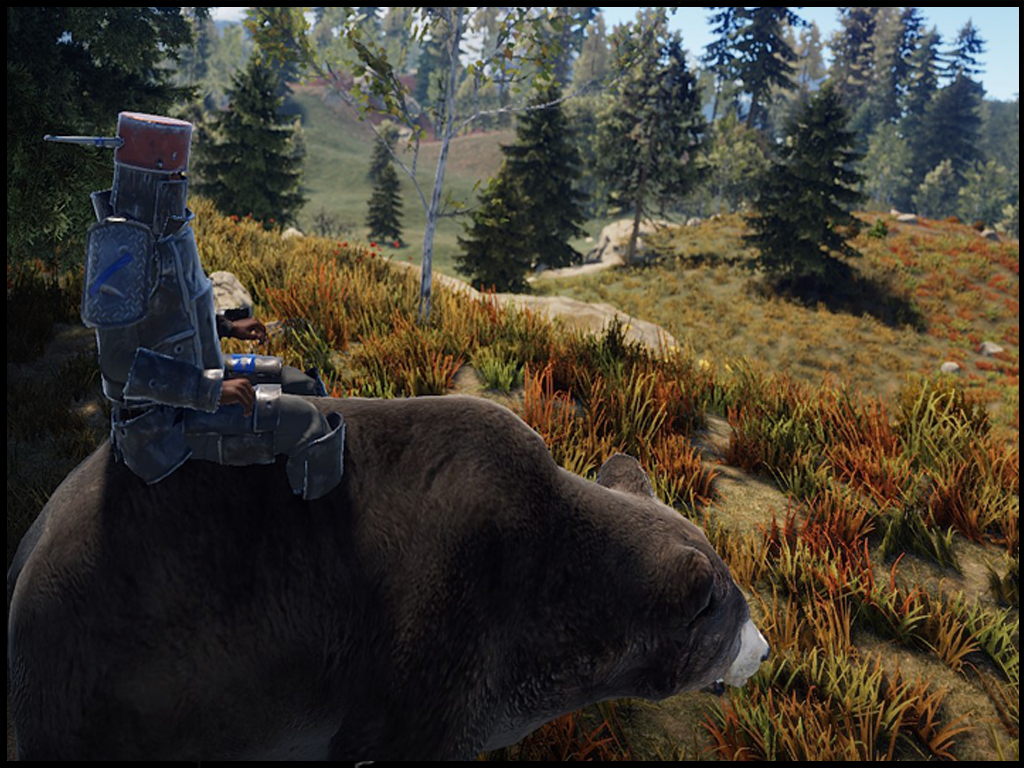 This means bear, boar, and other non-horse animals won’t be rideable until I do some testing.
Thanks AxelsAntagonist for the feedback.

Resources are certainly not something people are short of these days so I decided to make some very slight tweaks. 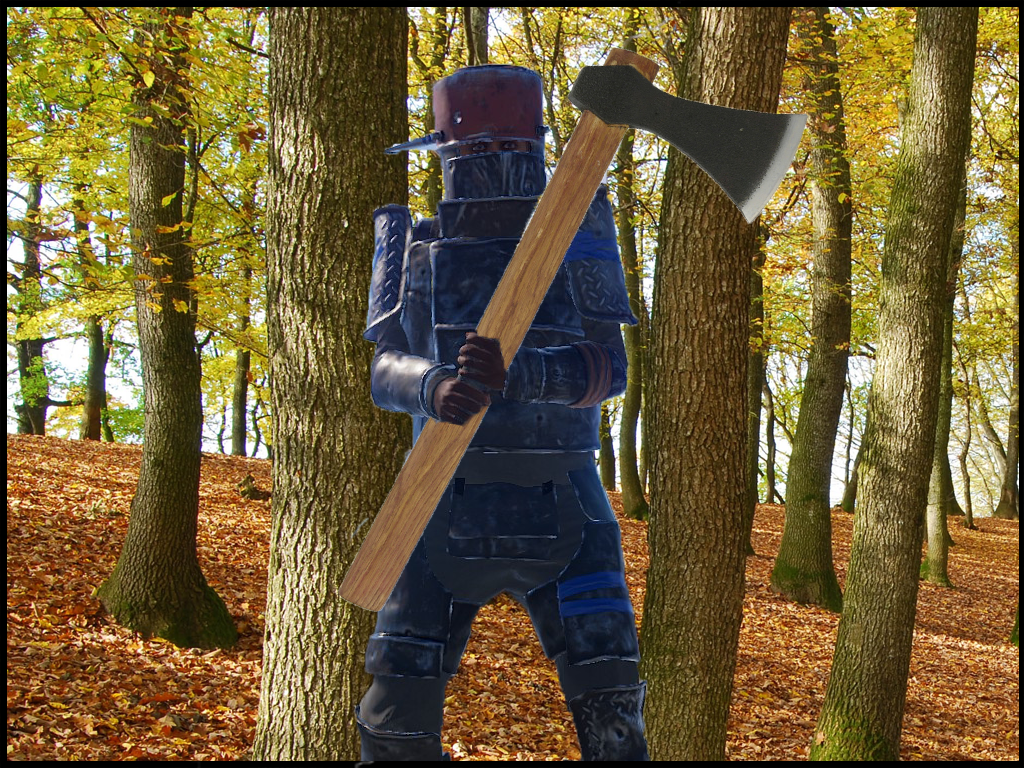 I’ve made very very slight tweaks to the following:

I doubt you’ll notice the effects so much as they will probably only be seen across the entire wipe. I’m trying to find the sweet spot.

There are a few big updates in this week’s patch like auto-turrets needing electricity and a new generator. Check out this video to keep up on what’s coming! 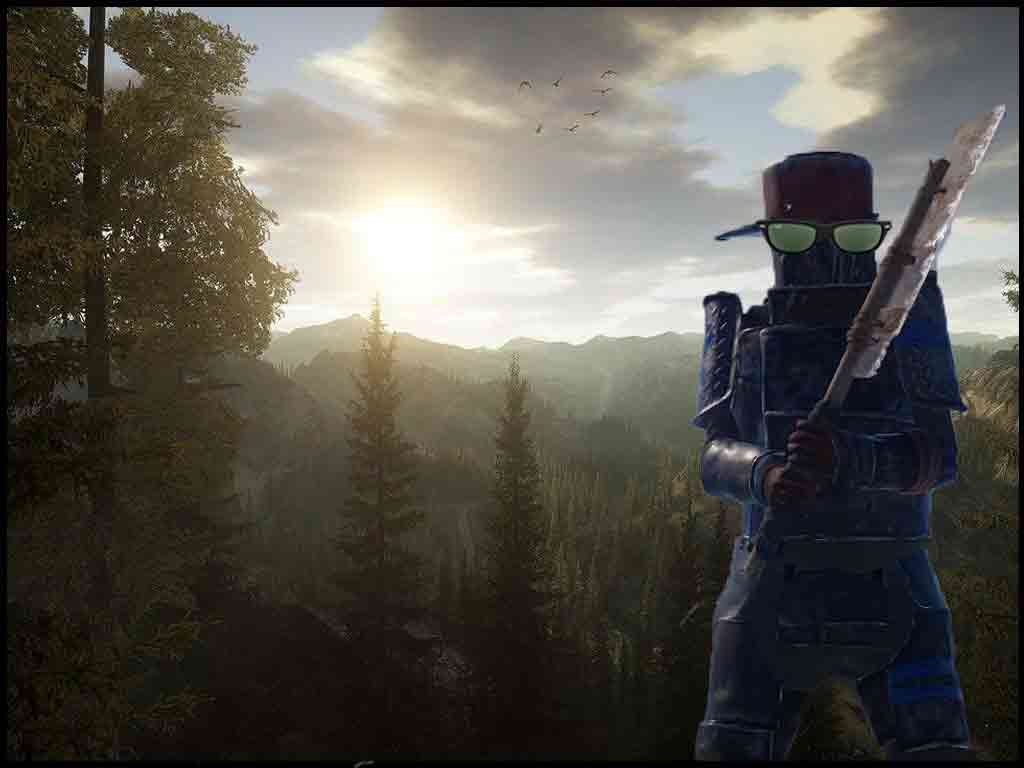 Since I’ve run this server, I’ve seen many, many repeating cycles. The population starts low, I put in a massive effort to raise it up, toxic or borderline-toxic personalities show up and drive the population away – including the most loyal veteran players who tell me they’ll be back when the personalities leave. Then the cycle starts all over again and all the work I’ve done has to be re-invested.

I love the openness of Rust in that the world is determined by its players and I’d rather Rust play itself out in every situation just like the poll in Discord suggested. I think it’s important to have players you dislike since it provides that nemesis balance to the game. Unfortunately, there’s probably a line where a nemesis becomes something else.

I’ll do my very best to leave the Rust environment alone as I always have. However, if I feel someone is taking things too far, I see players leaving while suggesting that person is the reason, I hear multiple complaints about a person from multiple unrelated sources, or people say they would rather not play due to that person – I’ll warn that person and ask them to tone it down. If it continues, I’ll have no choice but to ban the person because it will directly hurt the server and its population.

I’ll probably use the following baseline to form my judgment:

My job is not only to ensure the server runs properly and that no one is hacking or using exploits. It’s also to make sure players want to play here. I have to determine when things go too far while honoring my obligation to the game of Rust which you all want to be genuine.

I would strongly advise you all to find the balance between toxic and thin skin so I don’t have to get involved. It’s the last thing I want to do.

This Thursday 9/5 is a map, blueprint, currency wipe. Everyone goes back to basics and it’s a level playing ground for the next two weeks! I hope they drop the patch at a reasonable time, otherwise, I won’t be able to wipe until 8 PM EST’ish. They drop the patch typically between 3 PM and 7 PM EST. I’ll keep you all posted in Discord during the day as I can.

I wish all you Bumfuzzlers a great start and hope you have loads of fun!
Please continue to provide me with feedback so I can continue to adjust the server for the better!
Bumfuzzler2020-03-09T02:45:55-04:00